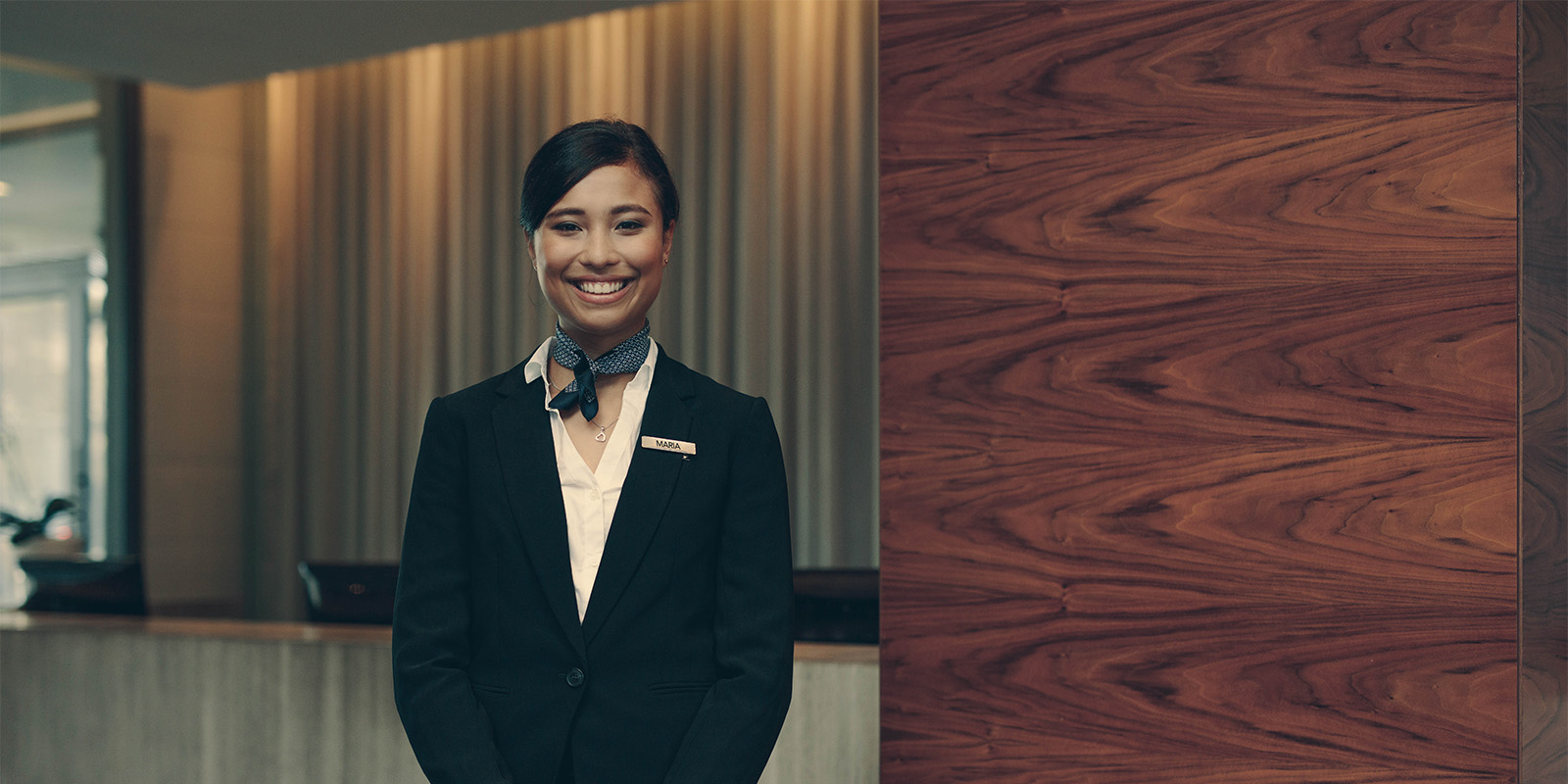 Those Who Can…Teach: Kevan White

The heart of the Las Vegas hospitality industry is only a short drive from the University of Nevada, Las Vegas, so it’s no surprise that many of the school’s graduates end up working at the local hotels. For Kevan White, Action Property Management’s regional hospitality manager in Los Angeles, hospitality wasn’t even on his radar when he started college.

After declaring a major in criminal justice at UNLV, Kevan thought his career would focus on serving the public. As he made his way through college, he found himself working in the local hospitality industry. When graduation day arrived in the middle of the 2008 economic downturn, state jobs weren’t hiring, but the hotels were, so Kevan adjusted his plans and a career in hospitality was born.

His new professional path eventually led him to return to Los Angeles with the goal of moving upward in the industry. Given a natural attention to detail and service-oriented attitude, Kevan was soon named assistant general manager at a hotel. At that time, he saw that further education would provide more opportunities for advancement, so he enrolled in the graduate program for hospitably management at Cal Poly, Pomona.

As assistant general manager he had a front row seat watching the hotel’s general manager. This view helped him to understand that his heart was actually in helping people, not in managing finances and attending meetings. This realization meant that he had reached the pinnacle of his current career path, yet he knew there was still more he wanted to do. As a result, he began to pursue other avenues within the industry.

An online job search led him to a hospitality position at Action that seemed like the perfect fit, so he made the move. The new job would enable him to continue working with people, but in a different setting.

”From recognizing small facial expressions to anticipating needs, Kevan uses his skills to bring out the best in others.

Now, instead of attending meetings and planning finances, he coaches others about the many nuances of providing stellar service. From recognizing small facial expressions to anticipating needs, Kevan uses his skills to bring out the best in others. Whether he’s checking in on a property to verify that it’s meeting the rigorous standards of quality that homeowners expect, training team members, or filling staffing vacancies, his goal is to always provide first-class service.

Kevan’s passion for teaching others extends beyond his duties at Action. As a part-time hospitality and tourism instructor at Orange Coast College, he’s able to introduce a new generation of students to the career he loves. Securing that position wasn’t easy. Since he applied for it before completing his master’s degree, he wasn’t considered a qualified applicant. What he did have at that point, however, was a wealth of experience and unbridled determination.

To demonstrate this, Kevan adjusted his own work schedule so he could observe classes at the college twice a week for a full semester. By the start of the next semester, he felt ready to take on the challenge of teaching the class himself and the higher-ups at the college agreed.

Outside of his busy work schedule, Kevan is an avid soccer fan. He even played competitively into his adult years and didn’t give it up until the birth of his first son. Today, he keeps current with the sport by holding season tickets to the LAFC professional soccer team and attending the newly formed Angel City Football Club National Women’s Soccer League games.

From Las Vegas to Los Angeles, Kevan White has mastered the art of service. Whether he’s training team members on the job or students in the classroom, he infuses every lesson with passion and precision. It’s that kind of commitment that makes him a true hospitality professional.