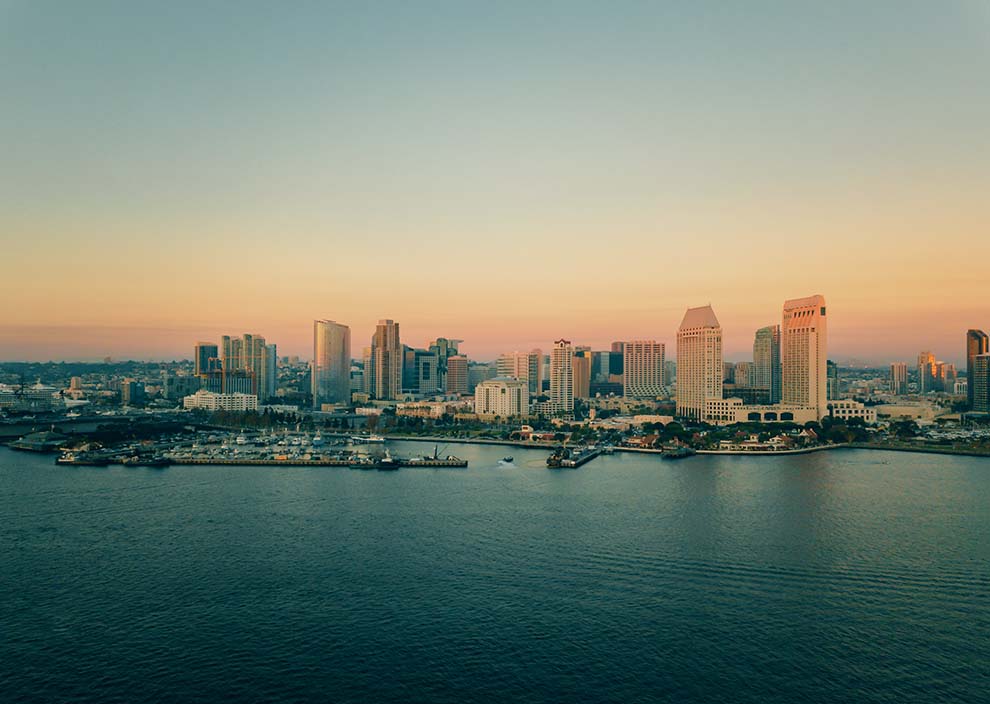 Reaching for the Sky: Kim Nguyen

If you want to be the best, aim to work with the best. That’s what Kim Nguyen, Vice President – Urban, at Action Property Management did. As a Seattle native, she knew early on in her adult life that she wanted to see more than just the Pacific Northwest. While she still loves her hometown, the warm weather and sunshine of San Diego, California proved to be a lure she couldn’t resist.

With a couple of years of junior college behind her and clear path to a university education in front, Kim told her parents that she was fearful of being trapped in Seattle and wanted to see new places for a year. After settling on Southern California, she cancelled her plans for college and made the long, lonely drive south. Fifteen years later, with her own young family and close friends nearby, San Diego is still her home.

One of her first jobs after arriving in Southern California was with a small property management firm. While there, she learned that the pinnacle of success in the local scene is to work for Action Property Management. With that target firmly in mind, Kim planned out a path to reach her goal.

It wasn’t a direct path from a small firm to the big-time. She still had another stop along the way. The business was complex and there was a lot to learn. Kim wanted to take her time and be prepared before taking that final step. After several years in the industry, learning the ropes and working her way up, she was approached by Action and asked to consider joining the team.

After moving from Seattle to San Diego, Kim began her career in the association management industry in 2006, and currently leads Action’s San Diego region. Kim’s background in both portfolio and on-site management set a strong foundation for her focus on customer service excellence and results-driven leadership with both her team and clients. Currently leading the teams that manage some of the most recognizable buildings in San Diego, Kim is passionate about excellence and finding great solutions for our boards and associations. Kim is a graduate of Action’s LEADwell program and holds her CMCA designation through CAI.

”Every decision at Action is based on company values. For Kim, We Are a Team is a value that she sees demonstrated daily.

After years of preparation, the answer to that question was an easy one. She gladly accepted the position and is now overseeing a team that manages San Diego buildings and communities, and she is enjoying the sunshine in her adopted hometown.

Now that she is part of Action, she’s grateful for the team that surrounds her. While the job does, at times, require long days and challenging work, a family-first mentality permeates the company, and for this new mother, that is a value she can’t ignore.

Every decision at Action is based on company values. For Kim, We Are a Team is a value that she sees demonstrated daily. Recently she was proud to be part of a team that stepped in when one of their own was forced to take some time off for a family medical emergency. There was never a doubt in anyone’s mind that each of them needed to do their part for a colleague in need. While the sunshine and a robust social life have kept her in San Diego, it’s the family she has at work that keeps her at Action.

After finding a home in the property management industry, Kim doesn’t regret her decision not to pursue a university education. That’s not to say she’s ignored learning opportunities. One of the great things about the industry is that it has its own internal system of professional education. Kim has often taken advantage of training opportunities and has achieved several recognized certifications that continue to help her be the best she can be.

For people like Kim Nguyen, tall buildings in urban cities aren’t the only things reaching for the sky. Action team members with a passion to be the best set their sights just as high.