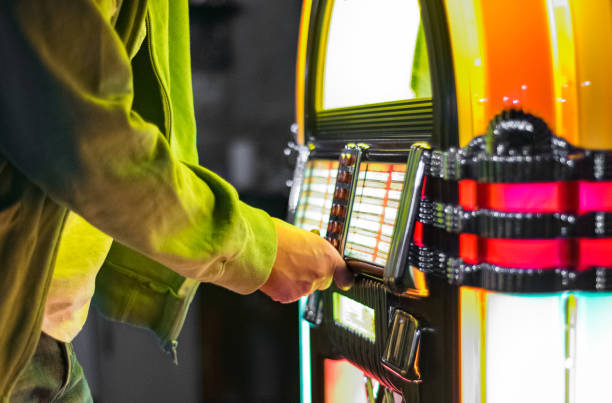 Life lessons are often learned in the strangest places. Or maybe not. Maybe they’re learned in the most predictable places. For Sheridan Thompson, his life-lesson schooling often took place beside his dad as he watched his father working on an old Harley Davidson.

“Don’t be afraid to break things,” his father would say, “because you can fix things.” The point was clear – sometimes you have to take something apart to make sure it ends up just right. Lessons like this have guided Sheridan through his career at Action Property Management.

While his father’s words still repeatedly ring true, they weren’t the only words of wisdom spoken into young Sheridan’s life. Dad came at life from a mechanical perspective, but his mother looked at things from an academic angle. She encouraged her son to think critically about life, to ask questions, and not be afraid to love learning.

As a result of his parents’ support and encouragement and, at the prodding of teachers, Sheridan eventually joined the academic decathlon team at his high school. This decision would lead him to a pivotal moment in his life, a moment that would stay with him forever.

After spending a whole year studying the academic decathlon curriculum it became apparent that Sheridan had the potential to excel in the area of oration, or public speaking. His teacher, having confidence that he could qualify for the state championship and maybe even go to nationals, signed him up for an American Legion oration competition. At the meet, he was to give a speech on any number of topics, sometimes with as little as one minute to prepare.

True to his teacher’s expectations, Sheridan went all the way to the state semi-finals. With over a hundred people in the room, a confident young man stepped up to the microphone. As his speech began, his confidence grew. Both teachers and team members could see that victory was in sight. Then something happened that changed everything.

From the back of the room at that American Legion hall, a jukebox started playing a song. This had not been in his plan and the disruption threw him off. As he stood on stage and the song played, the speech faded from his memory and was soon gone.

Sheridan started at Action over ten years ago as an entry-level, overnight associate. During these years, he would rise to several managerial roles including general manager of both a historical building and a luxury high-rise. Sheridan also served as Area Wide Director for the Downtown Los Angeles Neighborhood Council (DLANC), where he represented constituents as a liaison to City Hall. Sheridan is passionate about serving his colleagues and residents that comprise the homeowners associations we represent. Sheridan maintains designations as a Certified Manager of Community Associations (CMCA) and an Association Management Specialist (AMS).

”Over the years Sheridan Thompson has been repeatedly thrown off in his plan, but he has learned that, just like with the academic decathlon, life can throw a curve ball your way from time to time. He’s also learned that you can’t let those moments catch you off guard. You can’t lose just because the jukebox starts playing.

His closest competitor had no such obstacle to overcome and was able to walk away with the victory. Little did Sheridan know at that time how valuable of a lesson he was in the process of learning.

When he first started working at Action Property Management as an overnight security guard, Sheridan had no idea he was embarking on an upwardly mobile career path, however, he quickly began to notice opportunities within the company that intrigued him. Though he was still working nights, he took on an additional daytime position at the front desk of a high-rise building. His hard work was soon noticed and he was promoted to supervisor.

It was then that he started seeing his job as a more than just a passing phase. It was a career. At the urging of his boss, Sheridan began studying the CMCA M100 manual, which provided him with the knowledge necessary to become an entry level manager. Once he achieved the Certified Manager of Community Associations (CMCA) designation, his career path was set. Before long he was the general manager of his own high-rise building.

In 2021 his skills were again noticed. When a position as regional manager became open, another supportive colleague urged him to apply. He knew a few more years of experience would fully prepare him for the job, but he took the chance and applied anyway. Today, the former security guard with an insatiable work ethic, a supportive family, and encouraging colleagues serves as Regional Manager, overseeing seven high rise buildings in Los Angeles.

His path wasn’t without obstacles. Over the years Sheridan Thompson has been repeatedly thrown off in his plan, but he has learned that, just like with the academic decathlon, life can throw a curve ball your way from time to time. He’s also learned that you can’t let those moments catch you off guard. You can’t lose just because the jukebox starts playing.